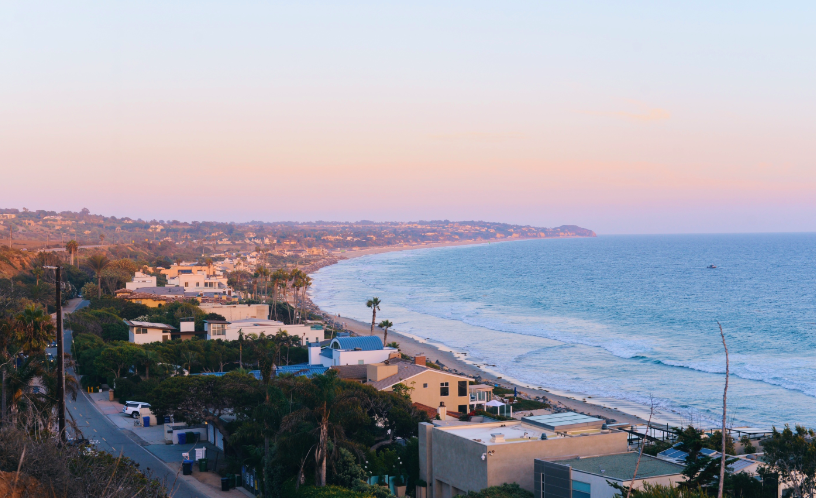 Malibu is a beach city in the Santa Monica Mountains region of Los Angeles County, California, situated about 30 miles (48 km) west of Downtown Los Angeles. It is known for its Mediterranean climate and its 21-mile (34 km) strip of the Malibu coast, incorporated in 1991 into the City of Malibu. The exclusive Malibu Colony has been historically home to Hollywood celebrities. People in the entertainment industry and other affluent residents live throughout the city, yet many residents are middle class. Most Malibu residents live from a half-mile (0.8 km) to within a few hundred yards of Pacific Coast Highway (State Route 1), which traverses the city, with some residents living up to one mile (1.6 km) away from the beach up narrow canyons. As of the 2020 census, the city population was 10,654.