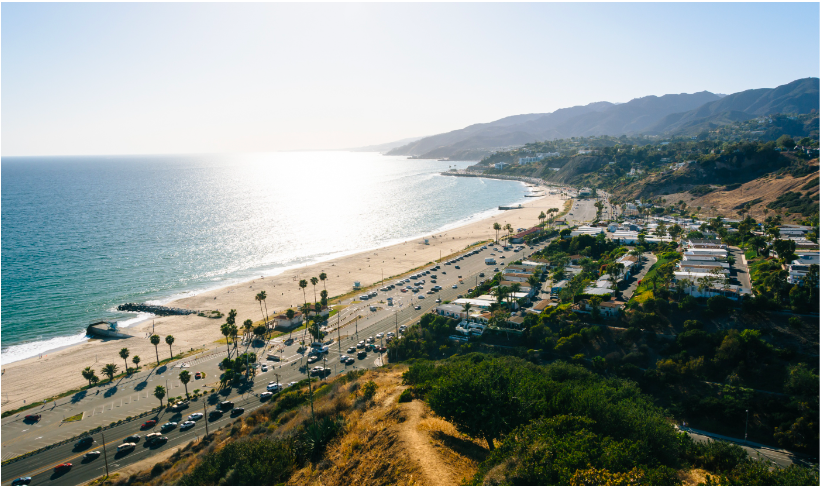 Pacific Palisades is a neighborhood in the Westside region of Los Angeles, California, situated about 20 miles (32 km) west of Downtown Los Angeles.

The Palisades would later be sought after by celebrities and other high-profile individuals seeking privacy. It is known for its seclusion and for being a close-knit community with a small-town feel, as well as its Mediterranean climate, hilly topography, natural environment, and abundance of parkland and hiking trails, 3-mile (4.8 km) strip of coastline, and for being home to a number of architecturally significant homes.

Pacific Palisades has historically been home to many Hollywood celebrities. Due to its secluded location compared to other affluent areas such as Beverly Hills, notable residents are afforded more privacy and paparazzi are uncommon. People in the entertainment industry and other affluent residents also live throughout the Palisades, although some residents are middle class. As of 2018, the community's population was 28,881.

Pacific Palisades is a largely residential community and does not attract many tourists other than day visitors to Gladstones Malibu, the local beaches, the Getty Villa or the Self-Realization Fellowship Lake Shrine.

Nicknamed "the Palisades" and “Pali” by surfers and locals, the three-mile length of the Palisades coast spans from after Sorrento Beach in Santa Monica to the south ending at Sunset Point Beach with Malibu to the north. Beaches along the Pacific Palisades coast include: Will Rogers State Beach, Sunset Point Beach, and one of the few gay beaches in Los Angeles, Ginger Rogers Beach. The many parks within the Santa Monica Mountains National Recreation Area lie along the ridges above the community along with local parks that include Will Rogers State Historic Park.